For four decades, the Nordic-Backcountry Program (N-B) has been an integral part of the National Ski Patrol. The program has provided services to backcountry enthusiasts by interfacing with

The most important element that N-B manages for the National ski Patrol and Eastern Division is the Nordic Senior credentialing examination.  Nordic has traditionally operated around a set of personal skills that patrollers needed to develop and maintain, that differentiated themselves from traditional lift-served based ski patrolling.  These skills revolved around operating as a solo rescuer detached from infrastructure and immediate support, similar to how a backcountry patroller would be expected to operate rescuing a patient deep in the backcountry.  Even though all Nordic-Backcountry Ski Patrollers annual train and refresh these skills, the Nordic Senior classification is attained by passing an examination process that shows an individual’s proficiency to the Senior level.

Changes are in the works for Nordic Senior as well as the N-B program as a whole.  Two separate tracks are developing now that Backcountry Skiing is evolving around “skinning” instead of traditional wax-based diagonal striding or skating.  The traditional Nordic Track will continue being taught, practiced, and tested using the lighter, faster-moving traditional equipment.  Backcountry-oriented patrol units will have a Backcountry Track for training that revolves around skinning steeper mountain slopes on alpine touring skis, telemark skis, and split-board snowboarding equipment.

All the same skills from the Nordic-Backcountry checklist will apply to both groups.  The terrain on which training and testing will represent the greatest difference. 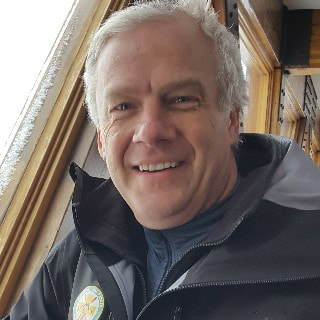